Art of Smart > How Jason Scored a 95+ ATAR While Maintaining 5 Extracurricular Commitments!

How Jason Scored a 95+ ATAR While Maintaining 5 Extracurricular Commitments!

Do you find yourself struggling with time management due to your extracurricular commitments?

Well, meet Jason, he’s an incredible HSC Maths and Science tutor and our Coach of the Month for July 2019 due to his exceptional work with students!

In Year 11 and 12, he managed to ace the HSC with an ATAR of 95.85 while also participating extensively in extracurricular commitments such as Duke of Ed and Basketball!

So let’s jump in and find out Jason’s killer 4-step approach for students who want to study while maintaining their hobbies and passions! 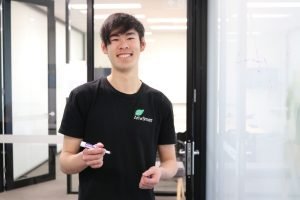 He was a great student in High School. However, in Year 11 there was one thing bringing him down dramatically:

He was actually TERRIBLE at time management

As a self-confessed procrastinator, he didn’t realise that the way he had organised his timetable didn’t suit his personality AT ALL!

He put down exactly what he wanted to be studying for each precise hour of each day.

As someone with a bunch of extracurriculars, this was VERY inconvenient.

Firstly, he found that he had DECREASED MOTIVATION.

As well as this, he kept on falling behind on the plan because of external influences!

His extracurricular commitments were sometimes unpredictable, and he would often find himself missing out on certain study when something important came up.

This led to a vicious cycle!

Jason would have to catch up on the work he missed the next day, and his other work would keep on getting pushed further and further back as more commitments arose. 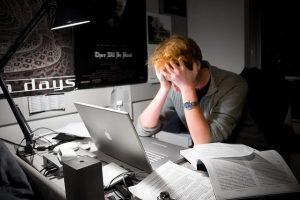 He also found that when he did get free time, he didn’t use it to study even if he was in the mood! This is because he knew he would have to do it later when it came to the allocated time slot.

So how did he break the cycle?

Going into the second half of Year 11, Jason found an organisational tactic that suited his personality and lifestyle FAR better.

He found his golden rule: “you need to give yourself leeway.”

He believes that people struggling with managing their timetable around their extracurriculars need to create far more realistic and flexible timetables!

Jason emphasises that if you’re going to have other commitments you can’t be delusional and say:

“I’ll just cram and get the work I missed out on done somehow at the end of the day”.

You need to know your commitments and plan around them! Take into account that you might procrastinate and give yourself time for breaks!

Jason took this to the extreme and completely scrapped the idea of a timetable with set time frames. 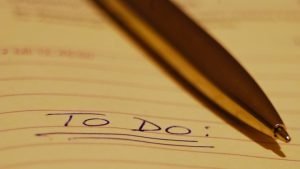 He had a set idea of what he wanted to complete by the end of the day and do it when he found himself free from his other commitments.

Now, this definitely isn’t suitable for everyone, but the two core principles are important…

Jason believes that giving yourself leeway holds you accountable.

If you get to the end the day and you haven’t completed your intended study, you have no excuse not to do it.

This way, you don’t believe that your intended time schedule was interrupted due to powers out of your control.

Rather, you know that you have previously accounted for the potential of being drawn away from your study.

This means that you can’t make excuses!

Because Jason found that he was actually able to complete the work that he had assigned himself without such a rigid, packed-out timetable, his motivation increased drastically! 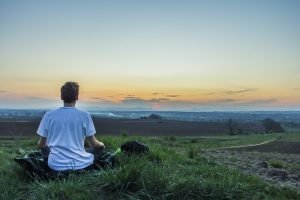 “When you’re caught in the vicious cycle of pushing work off constantly, you start to lose your will.” – Jason

If you can actually complete your goals, you start to gain momentum and feel less daunted by the study ahead for the next day!

While you may still require a timetable with set time frames, these principles are still valuable to consider. All you need is…

As previously stated, Jasons approach is an extreme application of these principles, and it worked out great!

The thing is, it worked great for HIM.

This style of time management suited the nature of his extracurriculars and his inclination to procrastination.

Jason said that if he could go back in time to the beginning of Year 11 and 12, he would try to get his study plan in place as soon as possible.

He believes you need to go through a process of organisational trial and error to find out what works for you!

He stated:  “my plan won’t work for everyone, some people are easily more motivated than others. Some people procrastinate, some people don’t. Look back at what works for you and improve upon that.”

Most importantly, keep in mind that the first timetable you make will always get scrapped, and that’s okay!

Step #4: Don’t Be Afraid to Keep Your Extracurriculars!

The key thing to take home today is keeping your extracurricular commitments and acing the HSC is definitely possible.

In fact, if Jason could go back in time, he wishes he had taken on more!

Extracurricular commitments are fun! They’re a positive distraction that helps reduce stress and give you some break time that’s active and fulfilling.

Not only this, but they instill you with skills and experience that are beyond the ATAR!

While your marks are important, clubs, teams, and societies can provide you with assets that are going to be helpful throughout your whole life!

Take it from Jason, don’t give up on other aspects of your life too quickly!

Jason is our Coach of the Month after being nominated by students and parents!

One parent said:  Jason is conscientious, prepared, thorough, and genuinely seems to care about our son. We could not be happier, and our son is such a fan, it didn’t even occur to him to try and cancel the Sunday class that fell on his Birthday!

We pride ourselves on our many inspirational mentors and tutors just like Jason who can help support you during the HSC.

With small groups classes, or personalised lessons conducted one-on-one in your home or at our state of the art campus in Hornsby, we can find the perfect tutor for you regardless of where you live!

To find out more and get started with an inspirational tutor and mentor get in touch today!

Get exclusive HSC content & advice from our team of experts delivered weekly to your inbox!

You have Successfully Subscribed!